win of the season with a 75-66 victory.   Long Beach's Girls rallied from a 13 point second half deficit to defeat the

way back to cut the margin to 40-38 after three quarters.  Long Beach took the lead for good with 5:01 left in the game on a

Picayune's Tee Myers hit two free throws to cut the lead to 47-46 with 2:27 left, but Williams countered with a short jumper and

and 11 rebounds.  Clarissa Jones added 11 points for the Lady Tide.   Williams, who entered the game averaging 20 points per

Donnavan Rice (5) puts on the brakes while dribbling the ball against Long Beach. 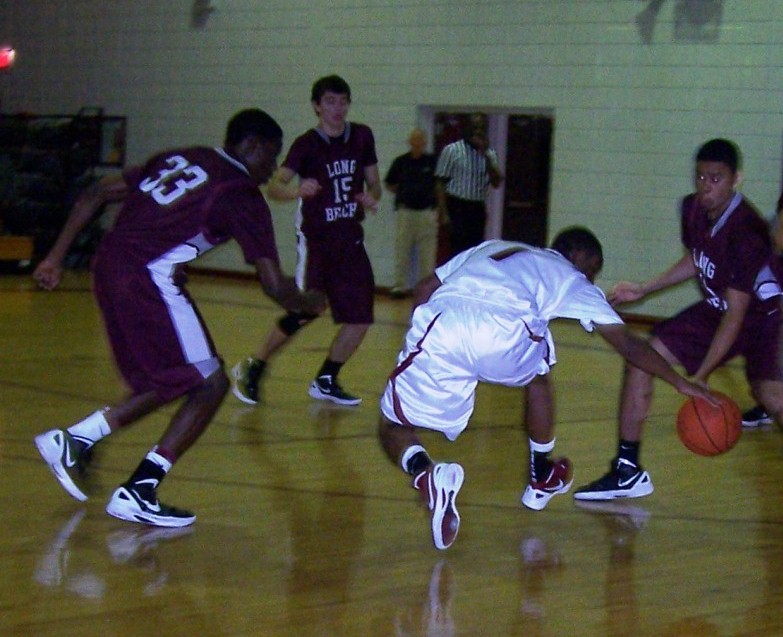 Dereonte Magee (1) goes after a loose ball against Long Beach.

Picayune probably would describe Long Beach as a bad cold they couldn't shake.  The Maroon Tide trailed 12-11 after one

quarter, but used full court pressure defense to build a 34-26 halftime lead by creating scoring opportunities off of Long Beach

turnovers.  Picayune's Dereonte Magee scored on a layup on an assist from Nolan Fletcher that gave Picayune a 36-26 lead in

the first minute of the second half, but Long Beach chipped away and took the lead at 52-50 wtih 6:10 left in the game.

got 24 points from Damian Young and Chad Cook added 14 points.