Champions. The Lady Tide wrapped up first place in their division during regular play which automatically

placed them in the semi finals of the conference championship tournament.

Picayune matched up against Gulfport in the first game on Saturday. Elizabeth Taggard was the winning

pitcher allowing no runs, 1 hit, one hit by pitch, one walk and recorded 4 strike outs. The Tide defense played

extremely well behind her and the Lady Tide line-up was able to produce 12 runs on 10 hits. Several of the

Lady Tide had multiple hits including Lexie Picou and Rylee Dawsey with three each. Elizabeth Taggard

and Alyssa Pinero each had two hits followed by Lauren Walker, Dee Cunningham, and Audrey Furr.

Madysan Turnage reached once on a walk and hit a sacrifice fly to drive in a run. Marissa McDonald had

runs for the Lady Tide.

The Lady Tide entered the ring to square off with Long Beach, the number one seed on the East Side and the

host team for the tournament. The two teams exchanged blows in the first two innings only to see the game

knotted at zero. The Tide sent 8 batters to the plate in the 3rd inning as Rylee Dawsey hit a sharp single to

stole 2nd base on the next pitch. Alyssa Pinero battlesdwith the pitcher, but eventually went down swinging,

catcher that allowed Dawsey to score. Pinero was called out on the play but not before Furr raced into third

base. Marissa McDonald followed with a walk and stolen base.  Elizabeth Taggard roped a single to score

both Furr and McDonald. Following the 2nd out, Megan Dudenhefer hit a hard grounder up the middle to

advance Brooke Warden who entered to courtesy run for Taggard. Warden and Dudenhefer were left on base,

but the Tide is up 3-0 headed into the bottom of the third.

With one out, Long Beach hit a sharp single to left that clipped the outfielder's glove allowing the runner to

advance to second. One strike out later, with two outs, Taggard induced a ground ball to the right of first

baseman Rylee Dawsey. Dawsey snags the ball and races toward first base just beating the runner for the

Both pitchers retired the side in the 4th inning giving Picayune a 3-0 lead headed into the top of the fifth.

(Note: jr high teams only play 5 inning games). Pinero and McDonald hit back to back doubles and Taggard

followed with a sharp hit to score McDonald. The Tide managed two more runs from Lauren Walker and Dee

Cunningham who reached on a walk and single respectively and raced home on a pickoff play gone bad.

Long Beach did manage one run on two hits in the 7th, but a swarming defense squelched any opportunity

The Lady Tide finishes the season with 9 wins, 1 loss and 1 tie. Most importantly they finish the season as

All photos by John Young 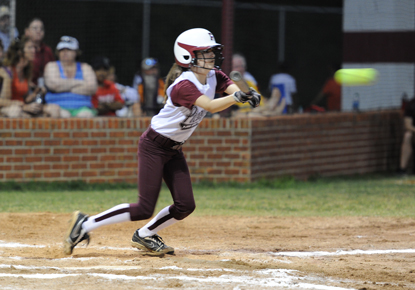 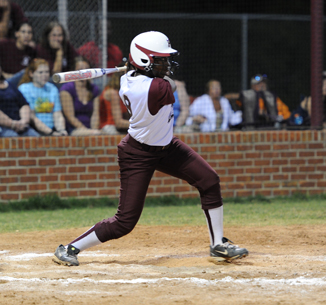 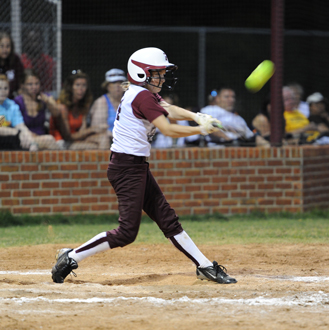 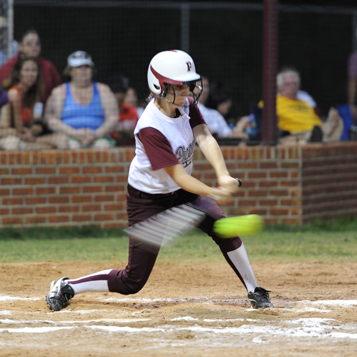